A Feast of Friends 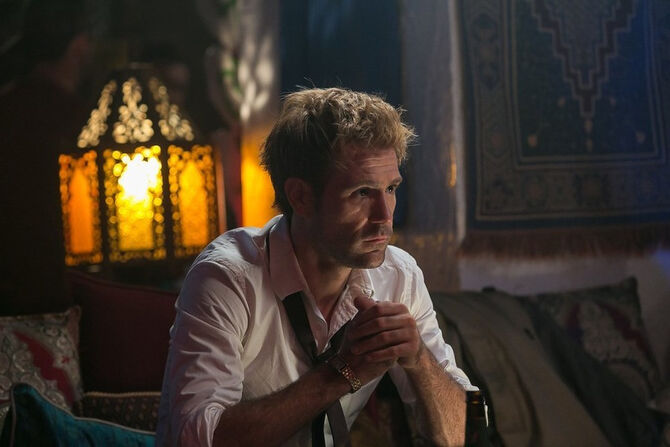 A Feast of Friends Constantine Episode

A Feast of Friends is the fourth episode of NBC's Constantine. It aired on November 14th, 2014.[1]

A demon with a killer appetite is unleashed in Atlanta. When Constantine's old friend Gary Lester accidentally releases a powerful demon in Atlanta, John is forced to determine exactly what he is prepared to sacrifice in his battle with the underworld..[1]

Gary Lester, one of John's old friends, found a boy in Sudan carved with Containment Patterns and successfully exorcised the demon into a container. He thought he was helping the boy, but the demon was too powerful, so Gary brought it to the US to take it to John. But he was held by Customs and the demon was released. John identifies the culprit as the Hunger Demon from the news and Zed gets more information from Gary, via transference, and sketches out a vision that John believes he can use to contain the demon for good. He meets with Nommo, his shaman friend. Together they use a very powerful psychotropic substance to enter an altered state of consciousness and find out how the demon, named Mnemoth, can be stopped. It seems the only way is to trap it in a human body which will slowly die along with the demon. Knowing this, John takes Gary to trap the demon. Gary agrees to be the human container so that his life would finally mean something and as a way to make amends for being a coward when Astra was pulled into Hell. John then takes him to the millhouse, where he holds Gary's hand while Mnemoth tortures Gary from the inside as Manny solemnly stands ready to guide Gary's soul to the afterlife.

This episode roughly follows the story of the first issue of Hellblazer published in January 1988.