Blessed Are The Damned 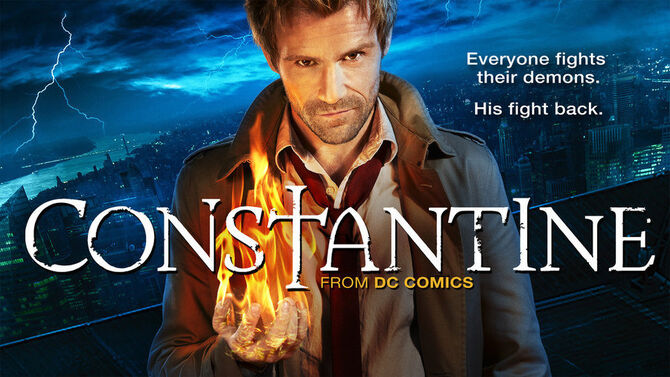 Blessed Are The Damned Constantine Episode

Blessed Are The Damned is the seventh episode of NBC's Constantine. It aired on December 5th, 2014.[1]

With Chas tied up on a personal matter, John enlists Zed to help him investigate a preacher in a small town who was bitten by a rattlesnake and died, only to revive with the power to heal the sick. John's investigation leads him to an angel named Imogen who was attempting to ferry the preacher to the other side when he removed one of her feathers and caused her to fall to Earth. With Manny unwilling or unable to lend a hand, John and Zed hurry to retrieve the feather and return it to the angel before she dies. Meanwhile, the people the preacher has been healing suddenly start becoming ghouls, bent on murdering and drawn back to the preacher and the feather. Zed feigns interest in a baptism to pickpocket the feather back while John attempts to keep the hoard of ghouls at bay. In a fit of guilt, the preacher confesses to John that he killed someone and was damned, causing John to realize that Imogen is an angel from Hell. Zed returns the feather, allowing Imogen to fully cross over to Earth. John erects a spell that contains her, but she is too powerful for him to defeat. John finally convinces Manny to intervene, which he does by possessing Zed and ripping out Imogen's black heart, killing her. John seals the heart away for safe-keeping, but Manny warns him that the walls between Hell and Earth are thinner than they've ever been before and things are going to get much worse.