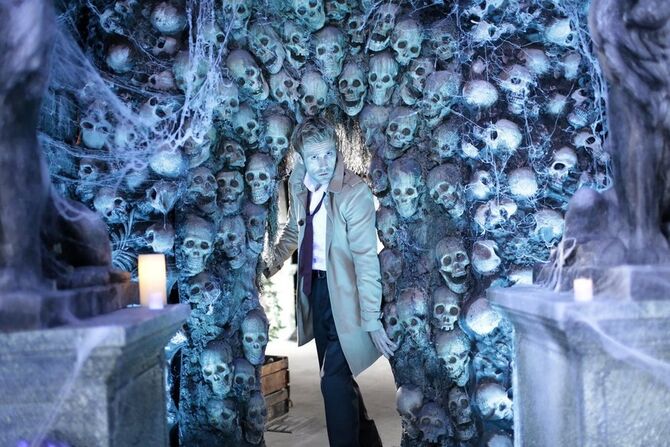 Rage of Caliban is the sixth episode of NBC's Constantine. It aired on November 28th, 2014.

A murderous spirit takes hold of a young boy. When a young boy is taken over by a malevolent spirit, John must put aside his misgivings over exorcising a child and convince the parents that their boy is not all that he seems.[1]

John and Chas learn of a series of murders involving families with young children, in which both parents are violently murdered while the child escapes unharmed. Meanwhile, a young boy begins to act strangely after seeing an apparition in his bedroom. John realizes that he is chasing the spirit of a child who killed his abusive parents and has since possessed multiple children before psychically killing their parents. John tracks the spirit to its current host but struggles to convince the boy's parents that he can help their son. Manny appears to discuss John's own childhood abuse, and suggests that John can only help the possessed boy and the spirit if he truly understands what they are suffering. With help from the boy's mother, John finally succeeds in exorcising the spirit and forcing it back into its original body, Marcello Panetti, where it was with a comatose patient in a mental hospital.